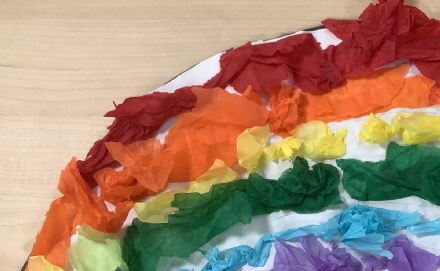 We've been exploring the story of Noah and the Ark this week. We've been practising to perform the story during our Class Worship next Tuesday. We made an Ark with the blocks and acted out the story. We have also been painting pictures of the animals that went in the Ark to be safe from the flood and we made a rainbow to remind us of the promise God made not to flood the world again.